IOI@50: Presentation of a token of appreciation from IOI to HE George Vella, President of Malta; 17th June 2022 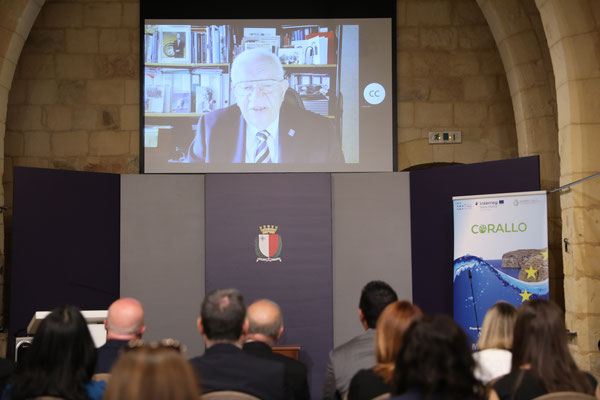 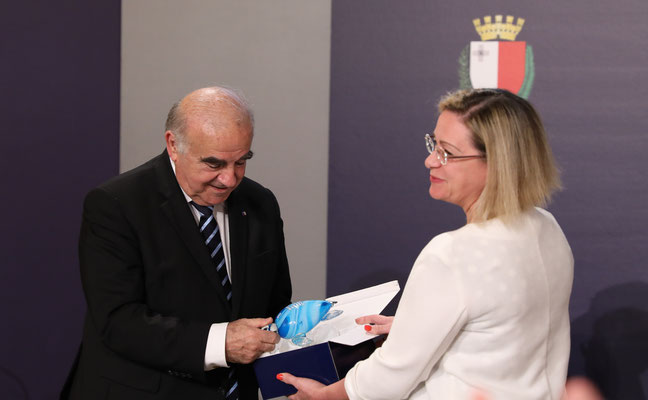 During a ceremony at the Presidential Palace in Malta, the IOI Honorary President Dr Awni Behnam – via video message – conveyed to HE George Vella, President of Malta, the IOI’s recognition and appreciation for hosting the IOI HQ over the first fifty years of its existence, building on the crucial legacy of Malta’s Ambassador to the UN, HE Arvid Pardo, together with IOI’s founder Elisabeth Mann Borgese, in the progress and ratification of UNCLOS.

Dr Behnam also gratefully noted the important support of then Foreign Minister Dr Vella, who through Malta’s support in the UNGA, provided crucial support to Elisabeth Mann Borgese in her quest to create an inclusive forum to address Ocean-related challenges to the UN General Assembly, eventually giving rise to the Open-ended Informal Consultative Process.

On behalf of the IOI and its Board of Governors, a token gift of appreciation was presented to HE President Vella by IOI Managing Director Antonella Vassallo.

This event also formed a part of the IOI’s 50th anniversary celebrations during the year 2022, as a recognition of Malta as the country formally hosting the IOI HQ, and of the substantive and important support to the international legal processes, through the Maltese proposal that the ocean areas beyond national jurisdiction constitute a Common Heritage of Humankind.

Dr Awni Behnam’s full address for this event is available as a downloadable pdf file: